As one of 120+ artists, I have contributed to the trilogy Satan’s Democracy, Satan’s Delirium and Satan’s Death; an immersive theatre and art manifestation re-imagining Michail Bulgakov’s Master and Margarita; a continuous happening extended over three years and 3500 square metres… where my part was the making of a Passage Room on the third floor – neighbouring the Prime Minister’s bedroom and the gloomy home of the sweatshop workers, somewhere halfway between the uncanny Forest and the cursed flat of Woland.

This is the beginning of the Passage Room; a former office space, where the copy machine and filing shelves got replaced with ashes, charcoal, rebars and drain pipes, tarpaulins and thick muffling felt… to become a labyrinth of transparent fabric, hidden spotlights and coloured shadows, with a floor of pitch-black sand. From one side accessible along tufts of dry reeds hanging from the roof; from the other through a narrow tunnel of red, airy silk. 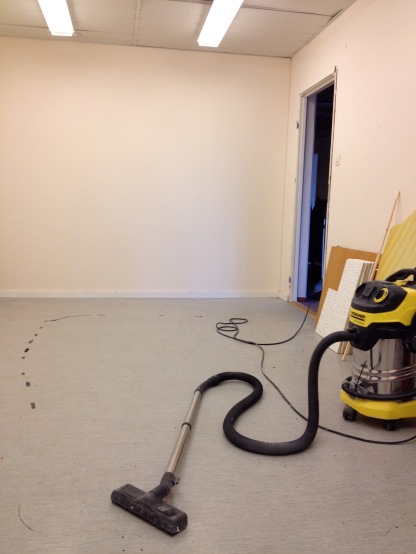 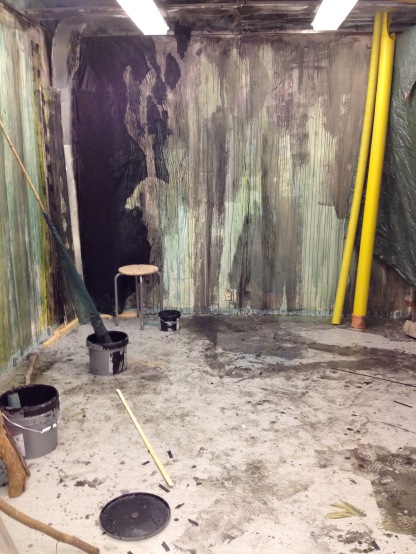 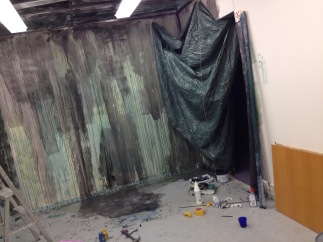 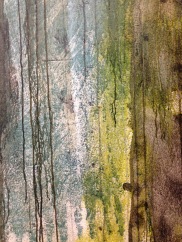 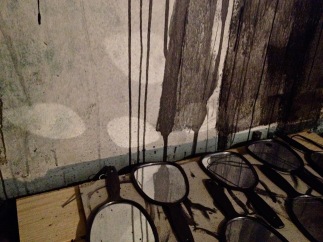 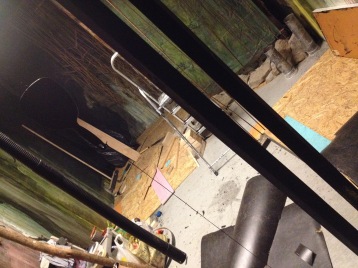 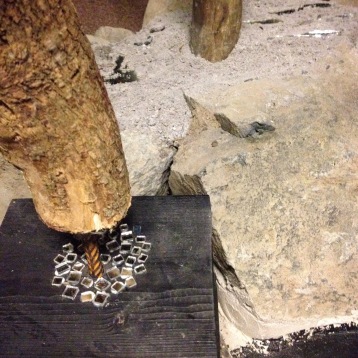 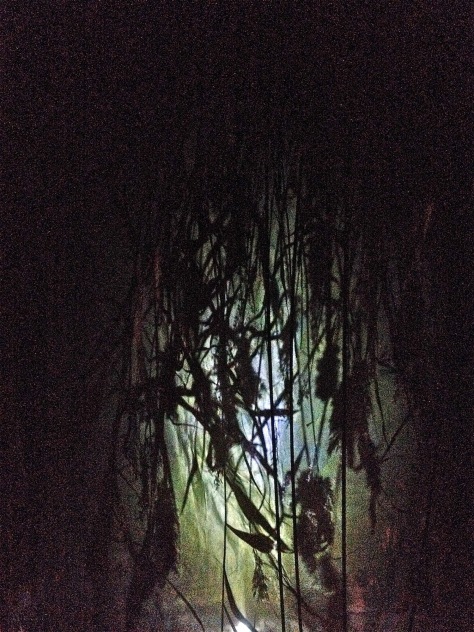 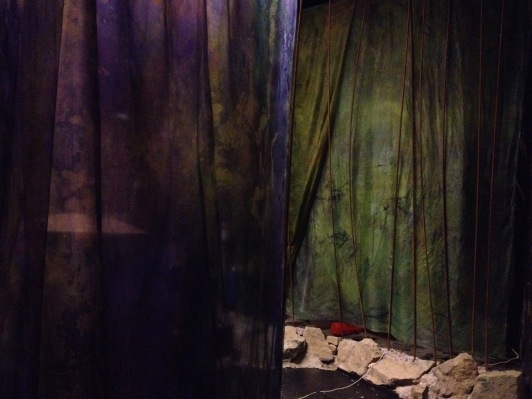 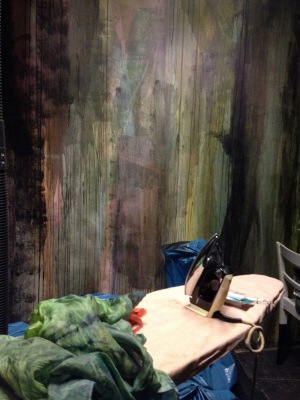 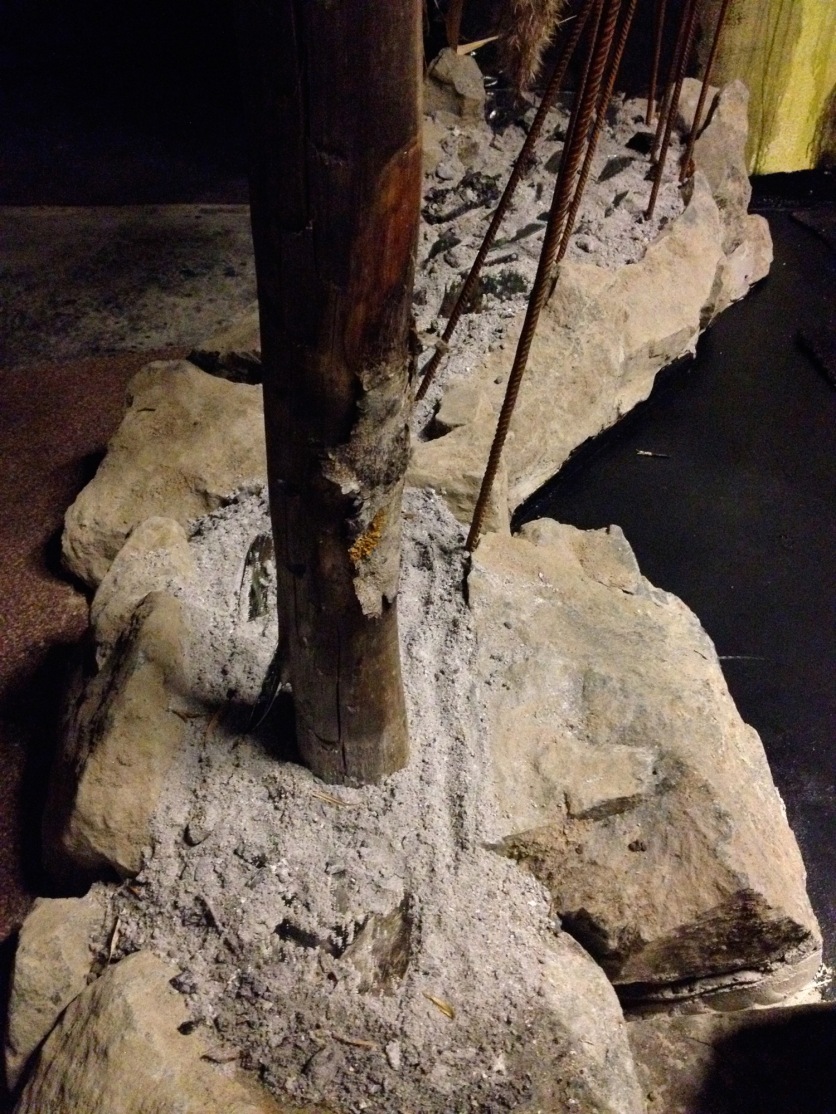 Above: the Passage Room taking shape
Below: Into the Red

In the second part of the trilogy, the audience was drawn into the delirium of a ferocious Prosecutor left alone after the unhappy ending of Satan’s Democracy; a winding path was laid out through the three storeys of the scenography, and presented to the audience along with a three-course meal. As the 150+ rooms were blackened out – in order to be explored mainly by torchlight – the Passage Room was upgraded with mirror shards from the ceiling to the floor… but otherwise left more or less intact. 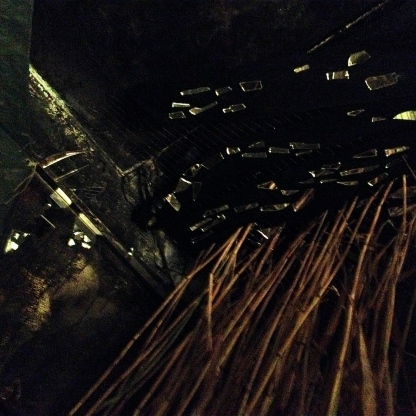 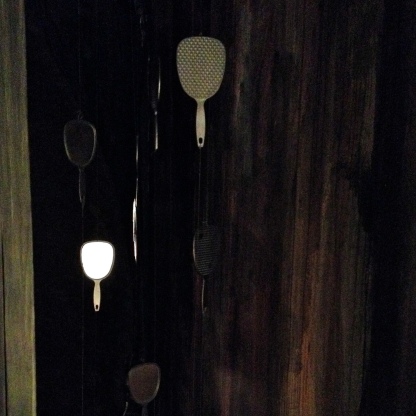 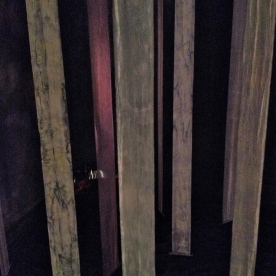 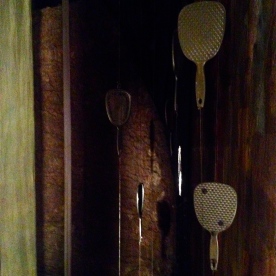 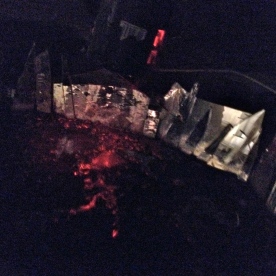 Details from the Passage Room in 2016; photo HHW.

Blogpost:
Back in the House of Nameless Storeys; part two, Satan’s delirium 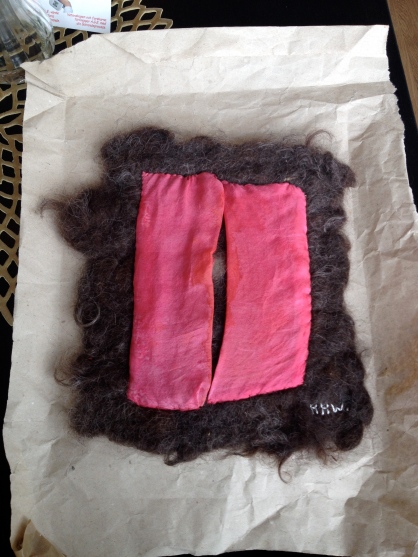 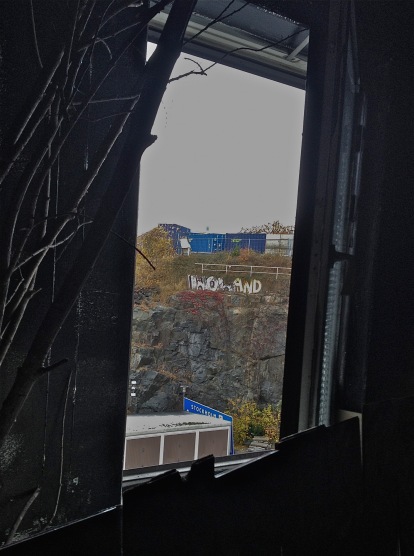 In preparation for Satan’s Death, all scenography got completely whitewashed – with the exception of a few hidden spaces, such as the Passage Room. Inside that pale limbo, only one actor remained: Woland/Angela Wand. In addition, four musicians were allocated in different parts of the building – but connected to each other over FM radio, and broadcasted live into the headphones offered to each visitor; dressed up in strange and beautiful costumes, in accordance with the dreamlike atmosphere, they performed a piece written for the occasion by composer Magnus Larsson. The audience were encouraged to take active part in exploring and transforming the settings – as were we, the artists. 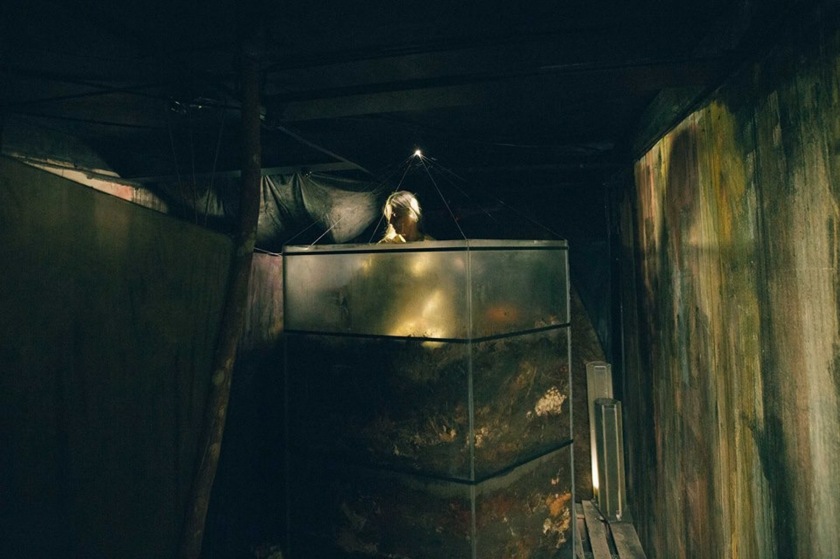 Compost performance in the Passage Room;
photo credit: What Took You So Long

Adopting the basics of performance, I impersonated Lussi – the heathen Bride of the Winter Solstice – ambling slowly along the corridors; ending up in the living body of the compost, along with earthworms and a couple of tiny white spiders, offering visitors ripe fruits and warm soil. 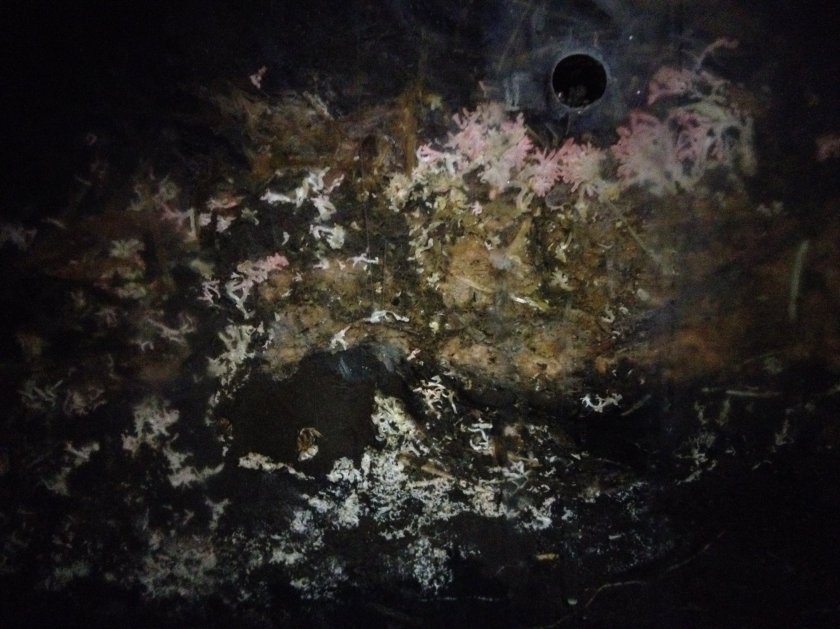