So, last year I joined the crew of 100+ artists who set the scene for Satan’s Democracy; a  piece of immersive theatre – equally playful & dead serious – based on Bulgakov’s novel Master and Margarita and inspired by Punchdrunk’s Sleep No More in New York… Three floors of a former office building transmuting in a creative flow of consumeristic debris, human-sized dolls, graffiti galore, UV-light installations and fresh asphalt (not to mention a minor forest of birch-trees)… The construction of my own contribution, the Passage Room, can be seen here. Once, it was a brightly-lit space where office workers gathered around the photocopier; distorted angles, muffling thick felt pieces, semi-transparent shadowscreens and black sand covering the floor turned it into a tiny maze where people actually get lost at times…

The project as a whole was conceived, produced, curated and directed by some truly courageous people: Jimmy Meurling, Py Huss-Wallin and Andreas Blom. They  couldn’t foresee it would end up a success, but it did – every single performance got sold-out. Furthermore, the  demolishment of the building (scheduled for the summer of 2016) got postponed… so why not keep on playing?

Woland Presents: Part Two: Satan’s Delirium…  The grand opening was couple of weeks ago, now playing until Dec 31st (a few tickets still available)… The public, provided with masks and flashlights, find their way through a darkness mimicking the satanic delirium of a Prosecutor run amok, haunted by Woland (embodied by Otto Milde and Angela Wand). As for the Passage Room; since four out of five spotlights were removed, it’s really dark… so I have adapted it a bit, mainly by adding more mirror shards. 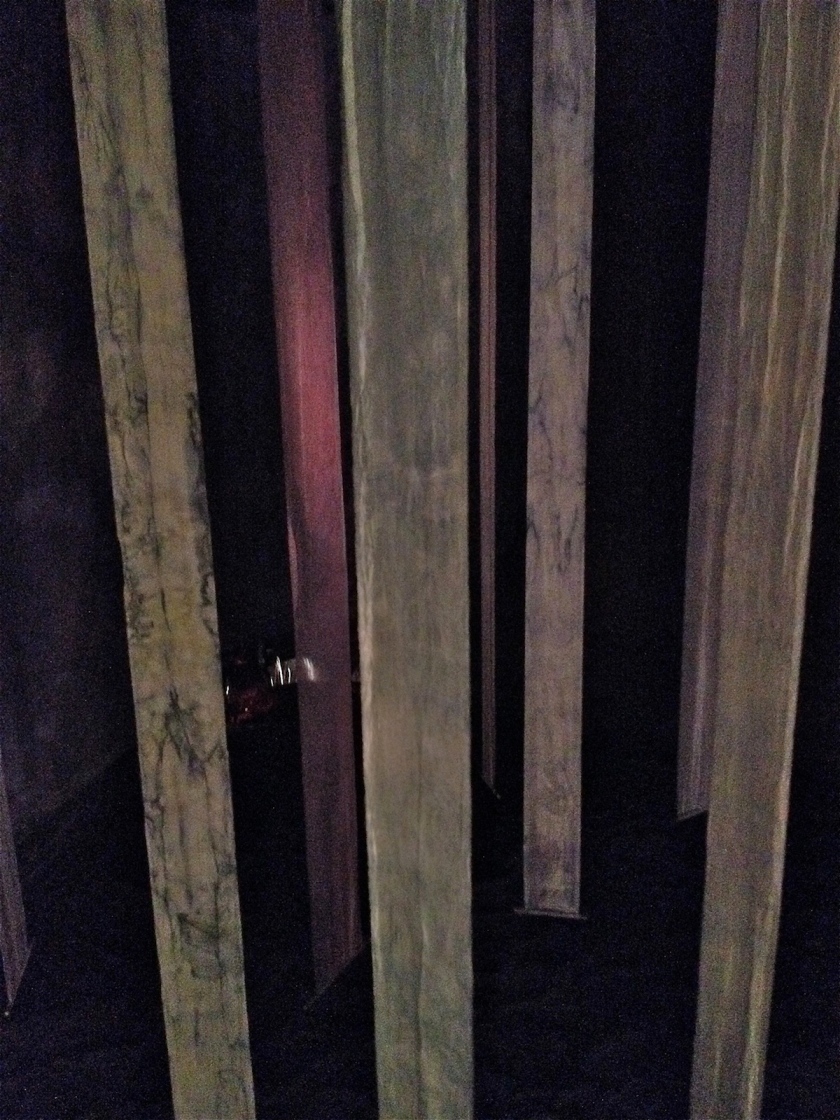 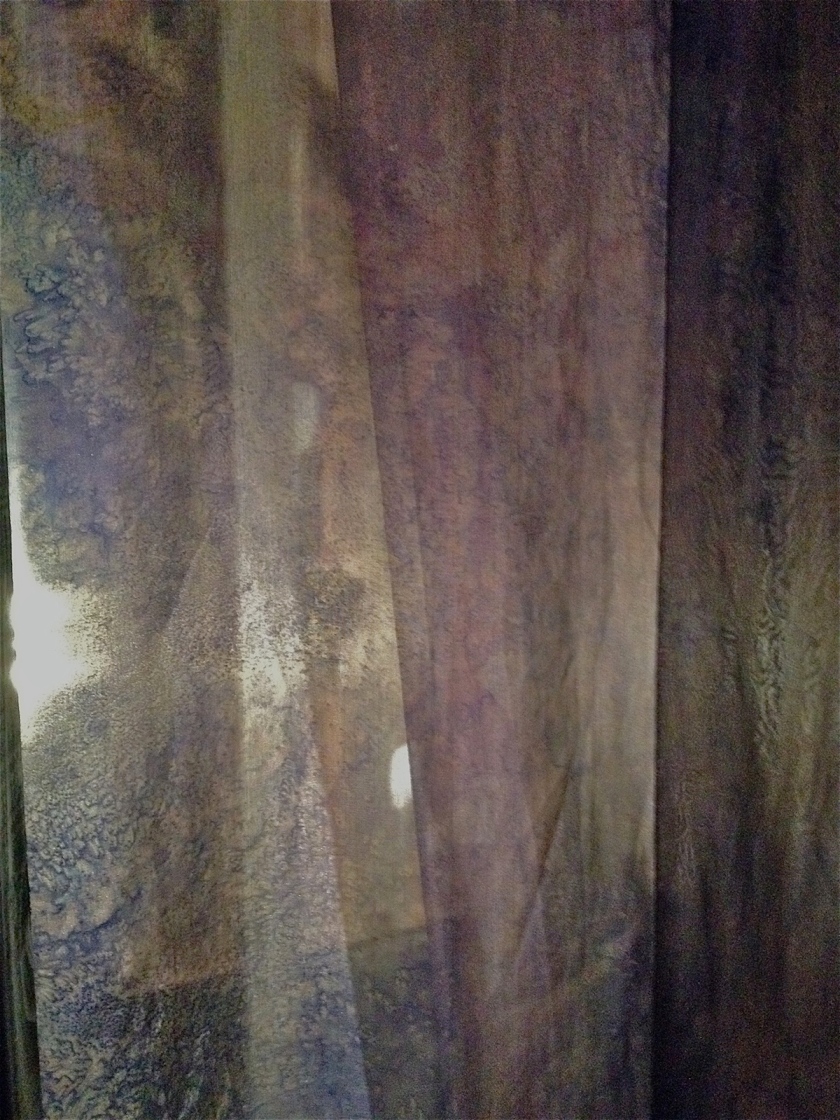 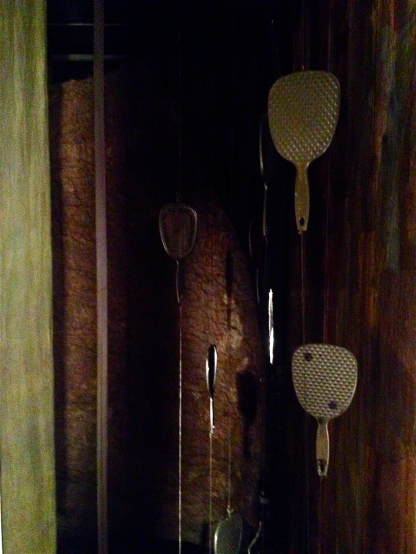 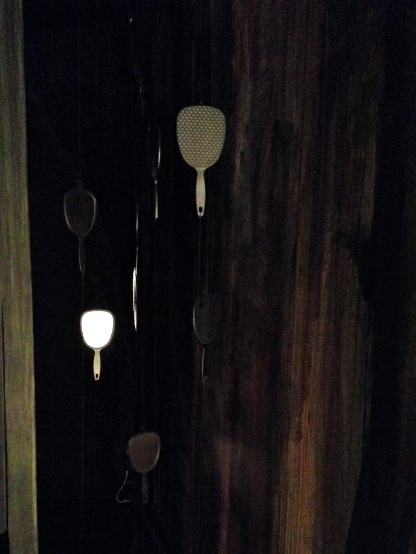 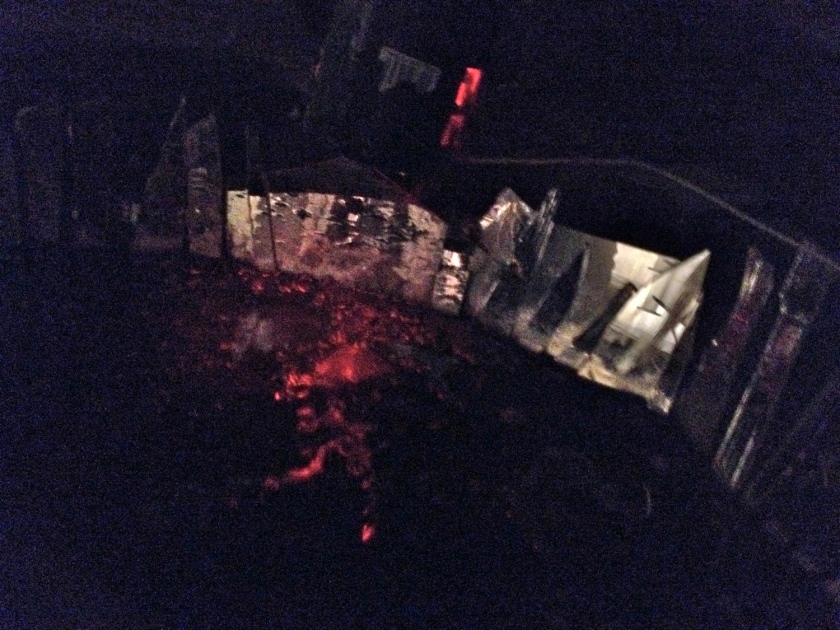 from the Passage Room, reconditioned October 2016