Safely landed at Narita Airport, the Swedish party head for Yokohama and the Red Brick Warehouse where the EAJAS exhibition will take place. Our hosts – particularly Ms Toshiko Watanabe, Ms Shizuko Ono and Ms Akiko Kondo – have prepared everything, including a welcome reception in the tiny studio of Ms Ono’s father, the late sculptor Nobumuchi Inoue. Emancipated by the cultural openness of the Meiji restauration in the 19th century, Nobumuchi Inoue gathered and merged influences from Japan, Asia and Europe. Later, during the second world war, his heartfelt world citizenship made him a conscientious objector. Today, his studio remains a working space as his daughter honours his legacy by her own career as a painter. History is present, and so is Herstory; we all share, and co-create.

Nourished by this first encounter with our Yokohama friends, I set out next morning to take a look at the city. And this is what I’ve seen. 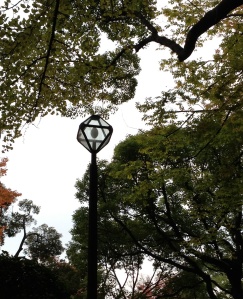 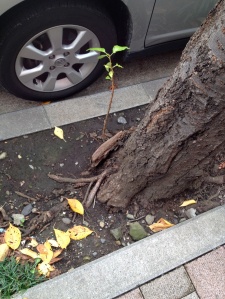 (all photos by HHW.)

2 thoughts on “Streets of Yokohama”