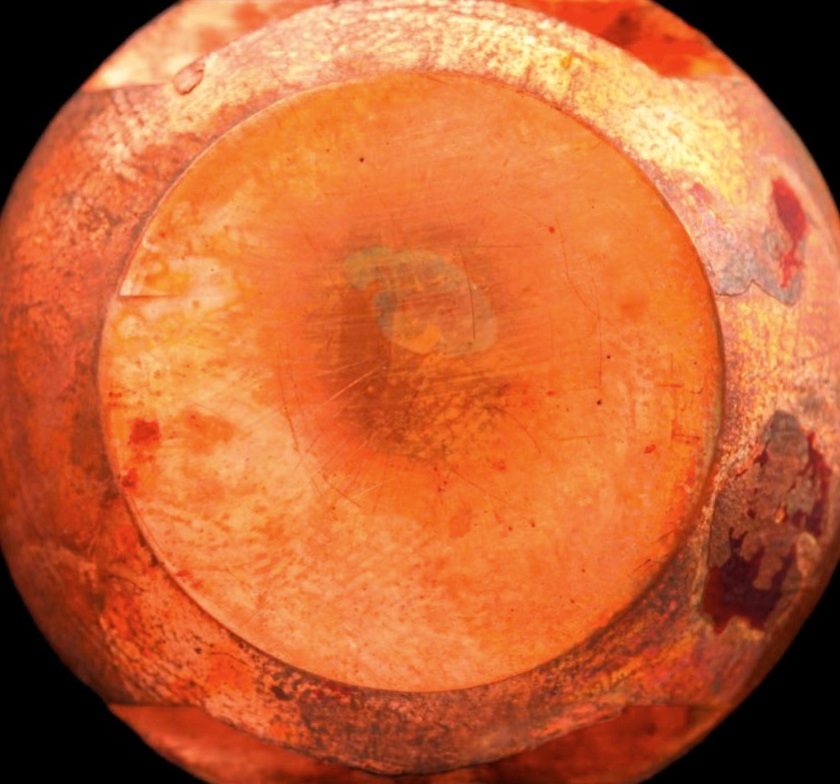 Copper: a chemical element with symbol Cu and atomic number 29; a soft, ductile and malleable reddish metal; melting point 1085°C, boiling point 2927°C; very high thermal and electrical conductivity. Together with silver and gold, copper belongs to group 11 of the periodic table. Copper and copper alloys (such as bronze and brass) have been known since at least 10 000 years. In Roman times, the most important copper ores were the ones mined in Cyprus; the Latin name cyprium – later cuprum – bears witness to this. In mythology and alchemy, copper is associated with Aphrodite/Venus. As a trace element in humans, copper is mainly found in liver, muscle and bone. Copper salts produce a range of pigments, mainly within the blue-green part of the spectrum. In  nature, copper salt pigments give colour to minerals such as azurite, malachite and turquoise.