…to cross the threshold that separates the image from “real life”…

According to legend, seventh-century master Wu Daozi (Wu Tao-Tzu) did just that. The emperor contracted him to paint a landscape on a wall in the imperial palace. Having finished his painting, Wu Daozi clapped his hands; upon which an opening occurred, leading into a mountain cave in the picture. The master entered, the cave closed behind him and the whole painting disappeared.

Sadly, most of Wu’s works has vanished just like that mythic mural. Today, his œuvre is known to us largely through the well-established practice of copying in Chinese art; a double act of learning and recognition.

Another liminal figure is Tove Jansson‘s Moominmamma; mother, artist, and crosser of boundaries. In Jansson’s novel Moominpappa at Sea, Moominmamma finds herself yearning for home, while staying with her family in a lighthouse on a desolate, faraway islet. With some leftover paint, she brings her beloved garden to life on the wall…

Tove Jansson, text and drawing from her novel Moominpappa at Sea (1965);
also the finishing vignette below.

Having spent hours roaming imaginary landscapes, my mind resonates deeply with tales like these. In my current commission, however, I hope to achieve something else: rather than enticing the public into the picture, I’ll invite the image to communicate directly with its surroundings, with our living, mobile bodies and with light itself.

Transparency is the key.

Transparency is the key, and thin silk has a unique set of qualities: as a canvas, it absorbs the paint/dye; at the same time, it frames the background like a tarnished mirror; and in sharp daylight, it can even create a space of coloured light on the shadowed side – much like a stained glass window.

I’m deeply grateful to the EAJAS (Emerging Art from Japan and Around Scandinavia) organization, for this opportunity to develop the transparency theme a bit further. But for now, I’ll take a little break. 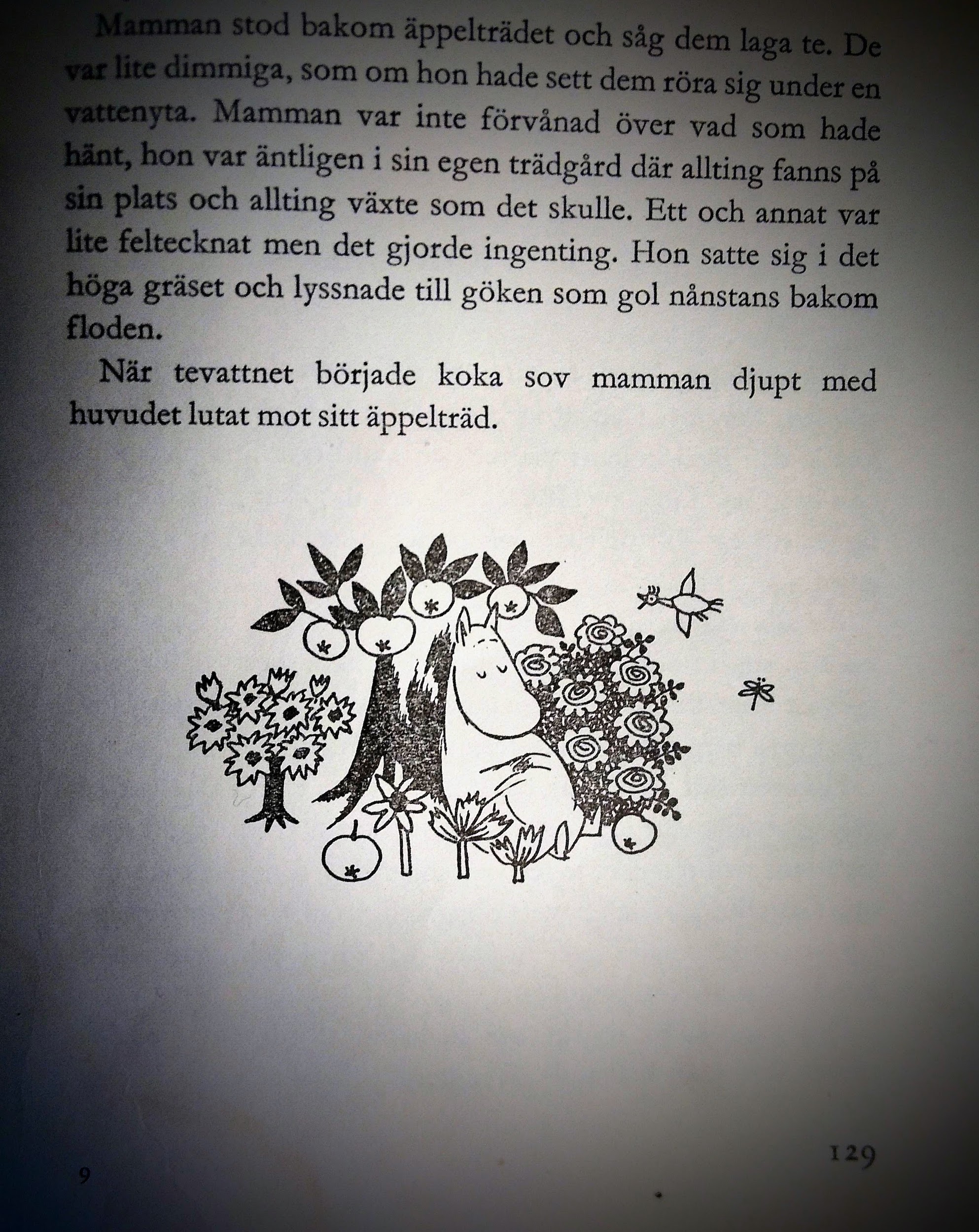