Examination in the Artistic Research Processes course; thirteen participants of different artistic professions, inquiring into thirteen distinctly different life-worlds. During the first day of examination, topics ranged from encounters with Romani people in Stockholm to a dinner with spirits. 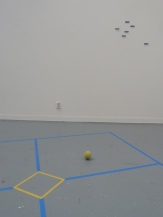 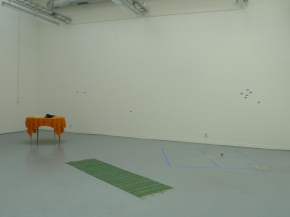 Auli Laitinen: In my Nature

Auli Laitinen works primarily with jewellery as a catalyst of thought, dialogue and interaction; in her project, brooches inscribed with the English text “I AM SWEDISH” were worn by a number of people for some weeks of everyday life. The examination installation and text, and the following discussion, circled sensitively around related experiences  of complex identities.
Identity-making was also a main theme in Angelica Harms’ interviews and photos, picturing Romani men and women of different origins in various settings and social positions and discussing the majority population’s attitudes towards Romanies.
Arne Widman’s exhibition The Symmetry of Being (co-produced together with Magnus Carlén) was on display this spring in one of the major churches of Stockholm; the light and flow of the exhibition seemed to permeate his examination text, turning it into a prose poem.
Also the project of Madeleine Aleman took place in a very specific setting, namely the summer house of Emanuel Swedenborg. Here, a leitmotif in her personal biography found an unexpected artistic articulation; Madeleine Aleman’s own grandfather was a pastor in the New Church of Swedenborg, and during a performance (captured on video by Antonie Frank), the spirits of Isabelle Eberhardt, C G Jung and Emanuel Swedenborg himself were invited to an exquisite dinner and addressed in speech and sound by the artist. 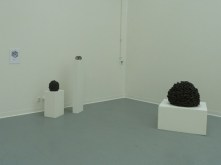 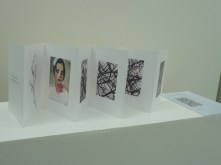 Deeply immersed in the process of shaping a material, the work of Sophia Rilby evolved as a study of growth, folding and closure – employing metal wire and strings of clay much like phonemic units in a developing artistic language. 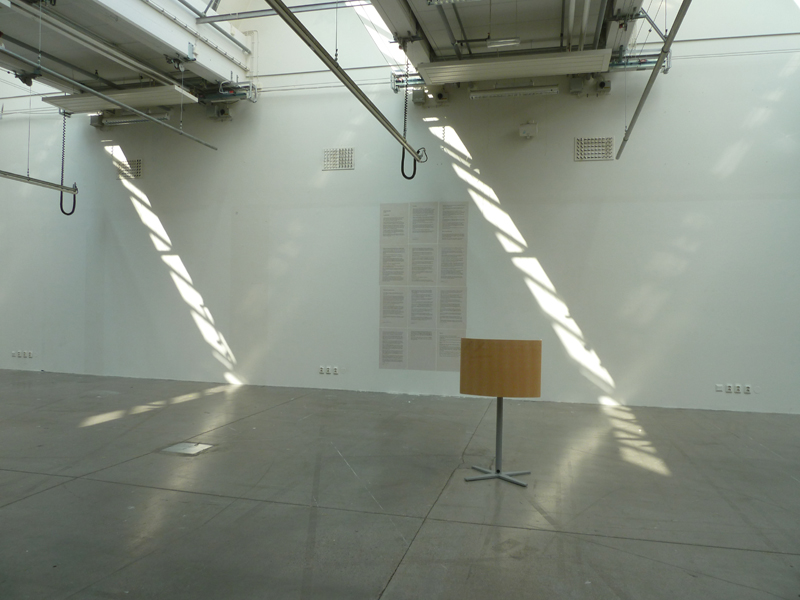 Lena Oja’s project was to ride a horse from her homeplace (some 70 kilometers north of Stockholm) to Konstfack, to end up by performing a dressage program in the very space pictured on this photo. The installation – comprising her text printed on waste paper and glued to the wall, with an empty rostrum placed in front – literally re-presented her action, ardently communicating the essentiality of art. 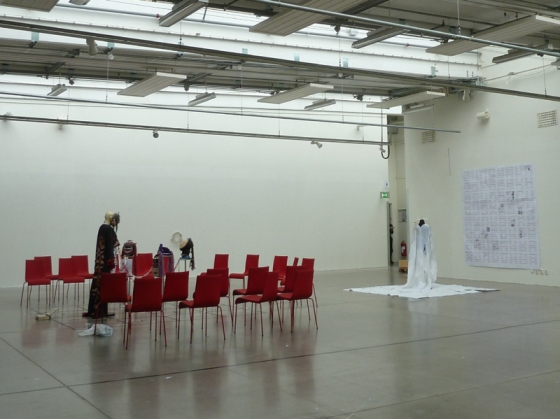 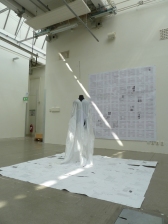 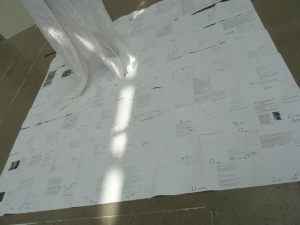 With the mind of a contemporary encyclopaedist, Anna Odlinge collects and arranges constituents of knowledge – superposing graphic patterns such as the Yi Jing/I Ching hexagrams, the squares of a chessboard, star maps and capital letter initials. At this stage of the process, they generate floating relations open to meaning-making through dialogue, and at the same time seem on the verge of being soaked up into a circular white cloak. 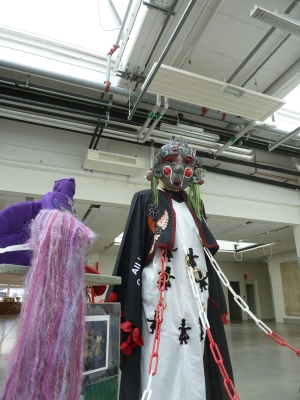 Ana Maria Almada’s creation of a healing ritual – ‘Juku’ – started out by crafting carnivalesque masks and costumes. By their use, a ceremonial place outside of normal time and space could be established, and a choreography involving four persons was performed to express and integrate experiences of enclosure, partition and loss.