Last Saturday, we finally met… The project group had a very tight schedule while in Stockholm, but nevertheless, a few of us managed to get a couple of hours to attune our intentions and make up a draft for today’s event. After we parted, and these remarkable young human rights activists of Eastern Europe moved on to island Gotland in the Baltic Sea, to spend three days at the Swedish International Centre for Local Democracy (ICLD). Until today, we had to worked independently once more, translating the ‘response text’ into Ukrainian, Russian and Swedish. And right now, I’m sitting in the library foyer, waiting for the guys to show up… we’ll have a brief moment of rehearsal – and then, we’ll be on stage. 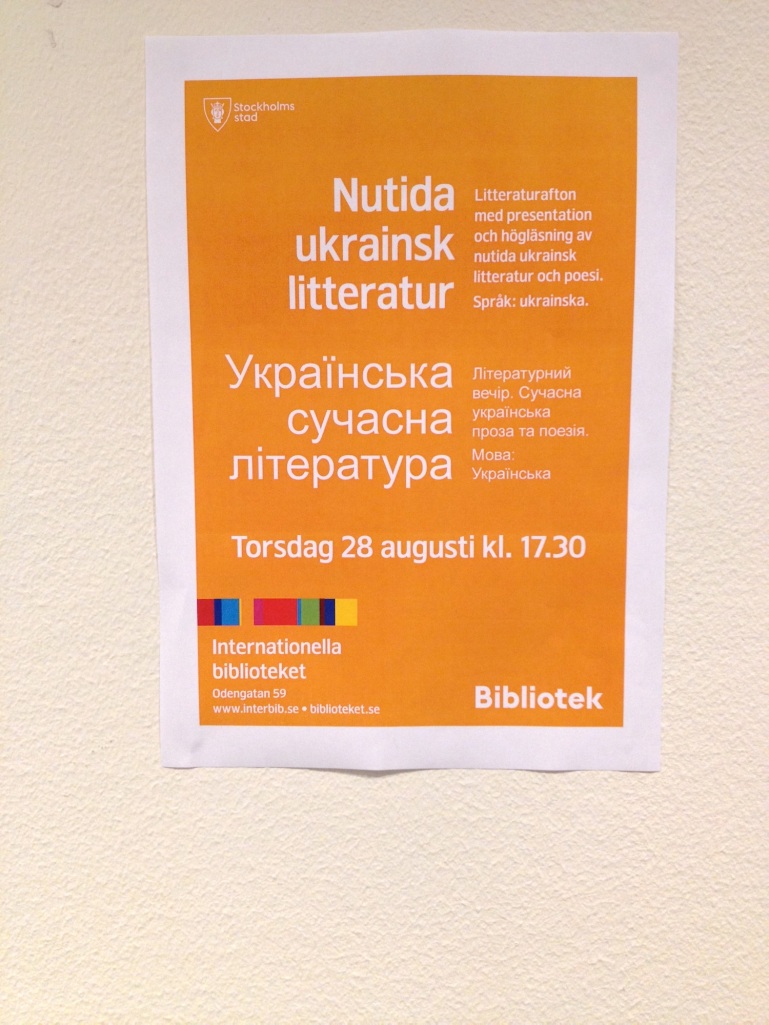