Daylight increases almost imperceptibly. Weather is cloudy; winds are light; temperature stays close to the freezing point. Drizzle, mixed with snow from time to time, falls on ground already soaked with water. I try to understand how the acid/base balance affects different dyeing agents, while a bundle of silk rests buried in the kitchen compost.

A painting can – among other things – be seen as a certain configuration of colour and form. For an art critic, this would be recognized as “the formalistic approach”. My understanding as a painter is more hands-on: I find myself in a joint movement together with my chosen materials, rambling towards an unseen visual order. Painting traditionally uses pigments and binder on a base or substratum such as primed canvas, wood panel or lime plaster. Dyeing a transparent textile is different, though – adding some of the qualities of a stained glass window to the final outcome. 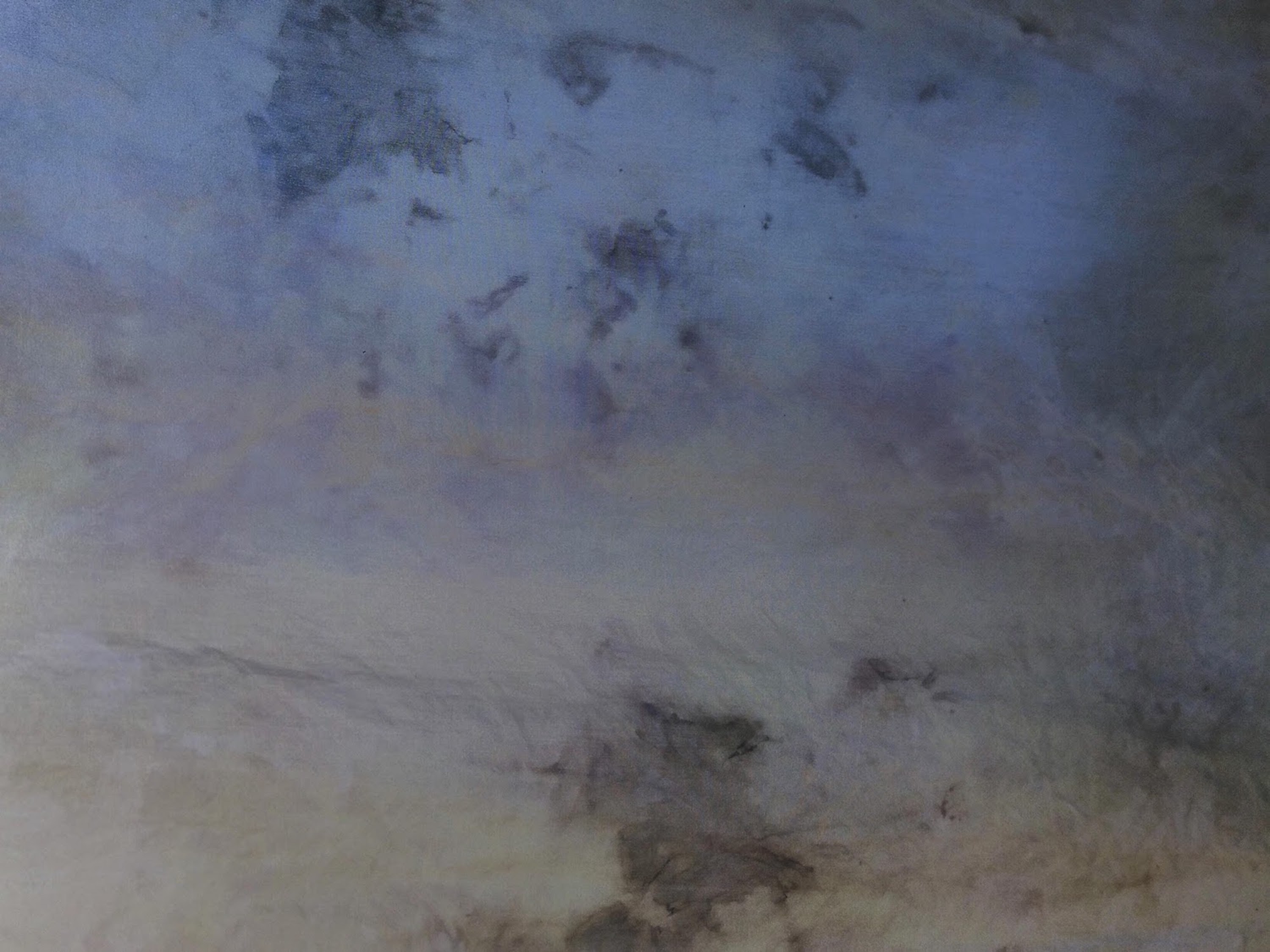 While waiting for the dye to bite, the Bauhaus school comes to my mind. In the aftermath of the Great War – later known as World War I – it was founded in Weimar by Walter Gropius. His intention was to fuse architecture with the arts in order to “build the future”. Bauhaus teachers such as Johannes Itten, Paul Klee and Vassily Kandinsky theorized principles of colour and form, and implemented their theories in the handling of materials. Much like other art movements and manifestoes of those times, a kind of heroic aura lingers over their effort.

One of the students who joined Bauhaus in those early years was Josef Albers (soon enough, he would become one of the teachers too). Trained in the making of stained-glass windows, he knew how to paint with light itself; from detritus found at the Weimar city dump, he assembled a number of glass works where simple geometrical elements form colouristically complex images.

Other Bauhaus students and teachers (notably, László Moholy-Nagy, Kurt Schwerdtfeger and Ludwig Hirschfeld-Mack) attempted to liberate the abstract image from its frozen state; by the use of custom-built mechanical devices and film cameras, they released light to move freely in space and time. Much of what was accomplished at Bauhaus during the 1920’s got lost in World War II – but over the following decades, some of it was reconstructed and brought to life again. A century later, the Bauhaus impulse is still generating response in contemporary works of art.

What I’m doing today may not have much in common with the Bauhaus dogma, but I do share their urge to comprehend the nature of light, the ways of matter; to cross the threshold that separates the image from “real life”. In addition, I hope for a future beyond the Anthropocen crisis.

More on Bauhaus art and artists (with a special thanks to the Josef and Anni Albers Foundation):

Documentation of 1966 performance,
re-staged at Microscope Gallery in Brooklyn, NY (2016)