With the starry sky alcove and the coloured spotlights set in place, I could return to the third part of the commission: the school road mapping.

Back in spring this year, schoolkids in two classes presented me with their hand-drawn maps – each one showing their own path from home to school. I began to fuse those forty-something individual images into one collective map. Some related to places that were easily recognizable, and some of their features were obviously identical; a supermarket, a traffic circle, those two water pools and the Thai restaurant. Others were very personal, and sometimes pertaining to different layers of reality; a secret tree-house, an encounter with a friend or a wild animal, or some wildly ambivalent feelings expressed in graffiti style… And there were suns, and moons, and stars.

Having arrived at an overview, I again divided the map in triangular parts and arranged the sketches in clusters designed for five different walls; now with the individual paths intertwined – sometimes interacting – and (almost) all ending up in the central piece with the school building.

Then, twenty-one pieces of felt were cut and prepared with starch. Similarly, twenty-one wooden boards were produced to tauten the felt pieces onto. And the embroidery race started… 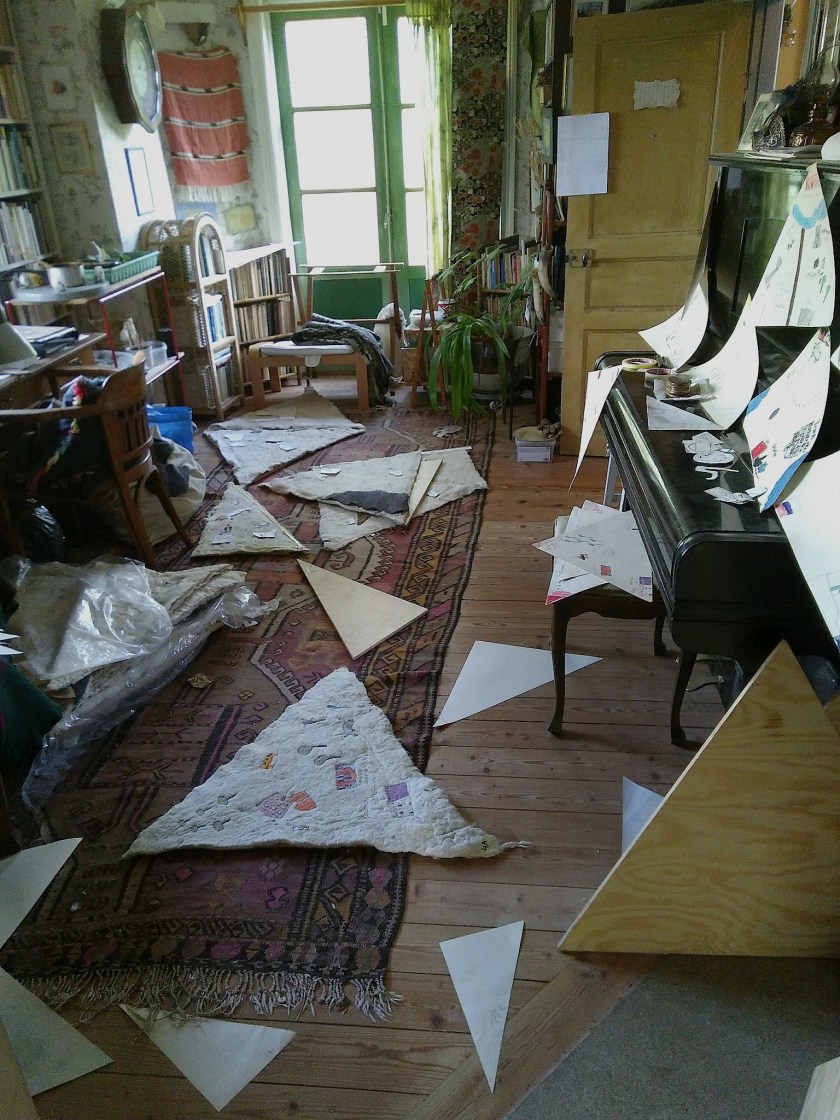 It was pure delight to discover all the details of the kids’ maps; humorous – sometimes cheeky – emotional, colourful, observant and straightforward. In rendering their felt-tip pen drawings into yarn stitches, I did my very best to stay true to the original. 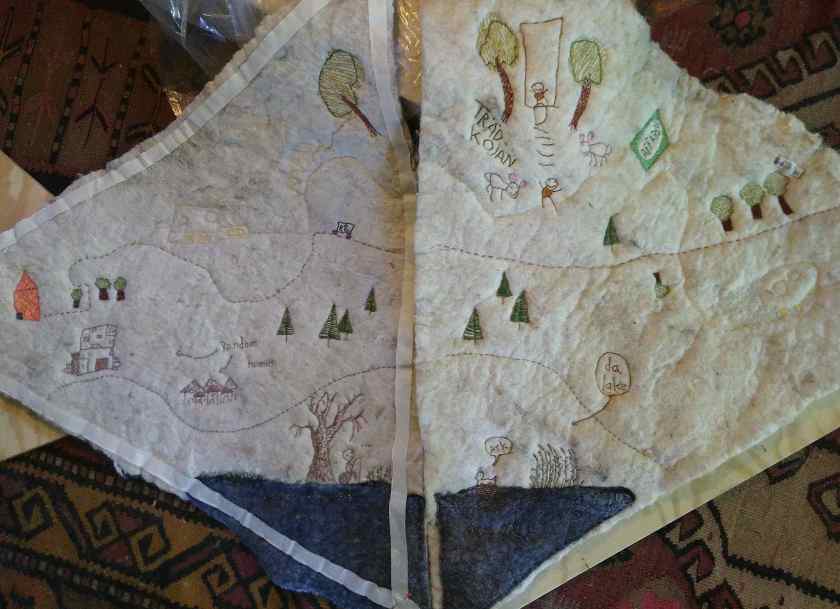 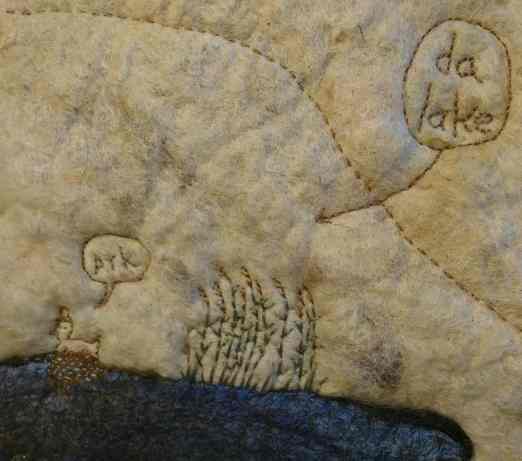 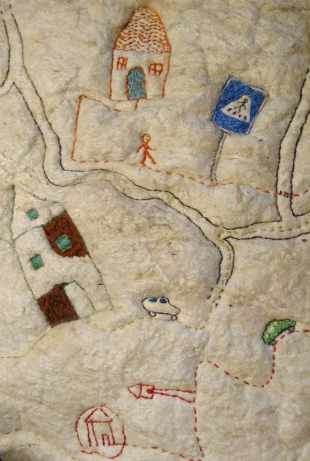 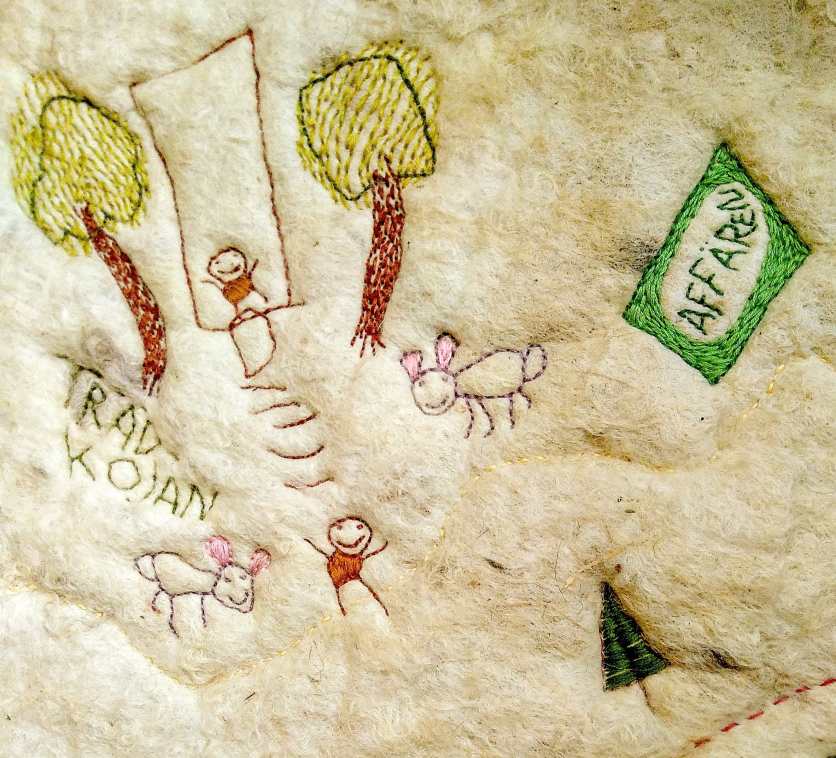 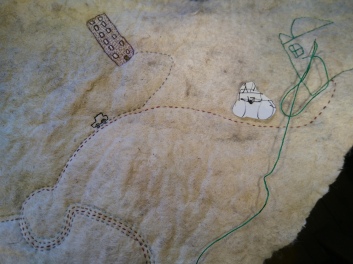 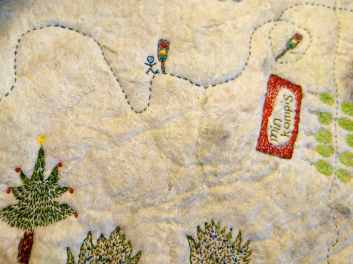 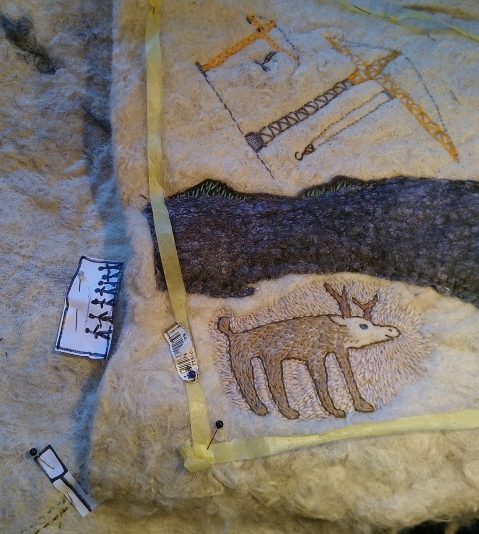 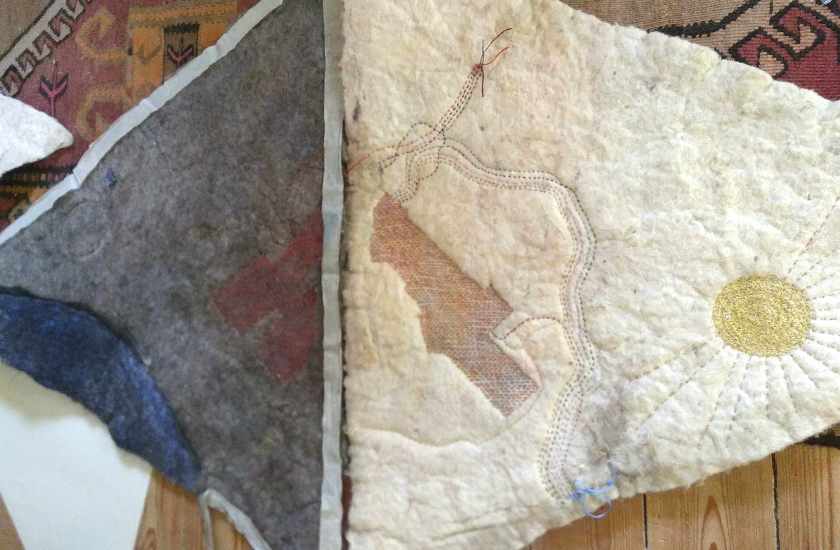 August and September came and went. Stitching, listening to the radio, stitching; pausing only to eat and sleep, and sometimes to go buying more mouliné thread… And slowly, the map took shape. By the end of October, I stowed the embroidery table away. The map was ready to mount. 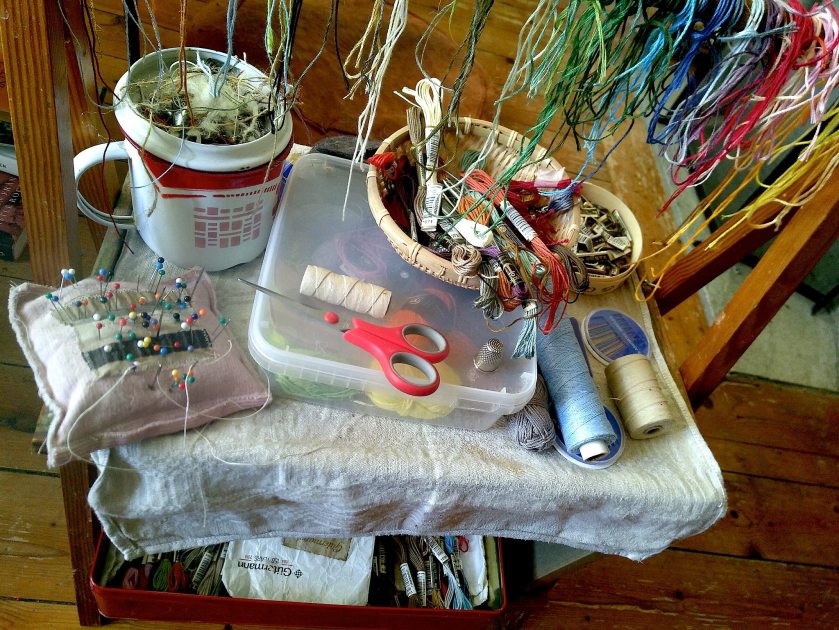